At a time when most writers and journalists were leaving no attempt in defaming the Modi Government on the Dadri issue, some wise words have been published in a website named Indiafacts.co.in by Tufail Ahmad, a former BBC journalist and who is always known for writing sensible articles on some controversial issues. 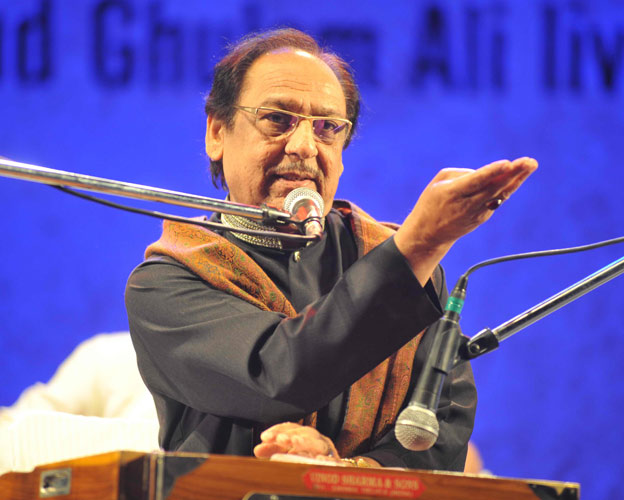 In the natural world, animals are made of meat and bones. Humans too, made of bones and meat, are animals. What angers them? Let’s look at their habits and ideas.

It is a bogus claim that we as humans are concerned about life, whether the life be of an animal or of a human being. For example, lots of people who argue that they believe in non-violence are non-vegetarians and eat meat in full awareness that an animal has been murdered.

In purely humanist considerations, the life of an animal cannot be less precious than the life of a human being. Among vegetarians, Jains deserve respect as they strive not to hurt even insects. It does not automatically mean that all Jains are vegetarians and pacifists, or that vegetarians do not murder.

On 23 June, Pakistani police killed a boy after he posed for selfie with a toy gun in Faisalabad, but Pakistani people did not protest. But if a Palestinian child is injured in firing by Israeli police, there are global protests by leftists and journalists file numerous outraged reports.

When the U.S. launched the war in Iraq, there were protests across the world by anti-war activists. When Saudi Arabia launched the current air strikes on Yemen, anti-war activists went to sleep. Pakistani army regularly kills people in Balochistan, but Pakistanis do not rise up. In India, secular journalists who claim they are concerned about human rights do not get angry when victims are Hindu.

Secular journalists who are angry at Akhlaq’s killing adopted total silence on a number of murders recently. Last August, army jawan Vedmitra Chaudhury was lynched to death in Hardevnagar, near Meerut, for saving a girl from molesters. In March, a Hindu man was abducted and murdered in Hajipur of Bihar for marrying a Muslim girl. Last June, a man was lynched to death near Eluru in Andhra Pradesh. A mob killed a man in Bhandup West area of Mumbai in June.

Secular journalists’ colour-blindness prevents them from seeing these murders: they do not get angry; they want Muslims to be murdered; only then they speak up. Indian secularism has tasted the Muslim blood.

Indian secularism is not only colour-blind, it is also half-Pakistani.

But Kejriwal and Akhilesh didn’t invite our own Oscar-winning musician A. R. Rahman when his music show of 13 September in Delhi was cancelled due to a fatwa by the Barelvi group Raza Academy.Secularism does not like Indian Muslim singers; it does not like Indian writers like Salman Rushdie. Mamata Banerjee, another secular leader, supported Ghulam Ali, saying music has no international boundaries but she will not support Taslima Nasreen, the Bangladeshi writer.

Indian secularism is truly Pakistani, not even a quarter-Bangladeshi.

Indian secularism is also counter-nationalist: secular lawyers turned out at midnight before the Supreme Court to save the life of convicted terrorist Yakub Menon but remain silent on death sentences of common Indians.

Indian secularism is not even Indian: it is incomplete without eating beef. It loves to eat beef because Pakistanis eat beef. It is essentially Pakistani. It aligns with Pakistanis.

In 1947, our people thought that they could give away a piece of India’s territory to buy permanent peace. The secular government of Manmohan Singh came close to conceding a part of Kashmir to Pakistan in talks with General Pervez Musharraf, the architect of arguably the largest jihad in modern times in Kargil.  Indian secularism is without sex, without consummating with Pakistan.

In his landmark book “On War”, German military strategist Carl von Clausewitz observed: “War is the continuation of politics by other means.” The reason Indians do not want Pakistani singers here is because Pakistan is practically in a state of war against India for nearly seven decades.

Through television and social media, common Indians can understand Pakistan’s war by other means. Pakistan has not formally declared a war, but Indians have grasped the obvious fact of our times that we are in a state of war because Pakistan continues to send jihadists into India. Aamir Khan’s movie Sarfarosh showed us that Pakistan sends arms dealers posing as ghazal singers.

In 2012, the secular Congress government did not allow Salman Rushdie to speak in Jaipur because secularism is in an incestuous relationship with Islamists. Mamata Banerjee does not support Taslima Nasreen because the West Bengal CM is in league with Islamists in the state. 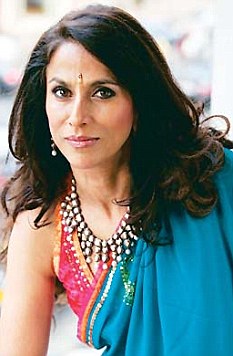 On 1 October, secular gossip columnist Shobhaa De tweeted: “I just ate beef. Come and murder me.” The question also is: Will she draw a cartoon of Prophet Muhammad at the Gateway of India?

In a tweet dated 4 October, secular journalist Sagarika Ghose wrote: “Citizens of India, we need a campaign like Je Suis Charlie. Hold your head high and say ‘I am a beef eater’.” The question is: Will secular journalists draw the same cartoon in front of Delhi’s Jamaa Masjid?

The outrage is not about beef or cartoon. Indian youths are concerned over secularism’s double standards; they will support your right to eat beef if you are willing to draw a cartoon, even from your kitchen. The secular NDTV, supported by Aircel, began Save Our Tiger campaign. Why not a Save the Cow campaign?

India is a great nation. Its reality is this: Bollywood actor Aamir Khan makes the movie #PK in which Hindu god Lord Shiva is locked up in a bathroom and threatened, but he cannot make a movie on Prophet Muhammad. This is the imbalance in our national conversation that threatens India’s social cohesion. It is fostered by journalists.

India is witnessing the emergence of fascism from newsrooms, a movement of totalitarian ideas that divides us in order to win. Indian journalists are beaten up by Indians in New York or Dadri for their double standards. On social media, they are being called pimps and presstitutes, bimbos and bazaaru media because they sell their souls for a bungalow or a Rajya Sabha seat.

This secular fascism, in league with Islamic totalitarianism, wins by dividing us, but police must deal ruthlessly with any Indian who takes law into their own hands.

What do you think about this? Give us your Valuable Views and Opinions in the Comment Box below:

Is B Y Vijayendra BJP’s best Bet In Karnataka?

ONE NATION, ONE ELECTION – AN ECONOMIC BLESSING FOR THE NATION